Today marks the culmination of the Drum Corps International Celebration. There will be NINE HOURS of performances from some of the best in the marching business.

Ahead of this massive finale, we've been catching up with Jessica Jex from BYBA member band East Coast Elite. Jess has been over in the US rehearsing and performing with The Academy Drum and Bugle Corps for several months now. Here's how she's been getting on in her own words:

After Covid-19 caused my 2020 marching plans to be cancelled and created stressful and complicated travel arrangements this year, I finally arrived at the Academy Drum and Bugle Corps. I’d seen a glimpse of what was to come through all of the virtual rehearsals I attended in the winter months following my original audition in November 2019 but nothing had prepared me for the amazing yet scorching time at the corps. In the first few days we experienced temperatures of over 110 degrees F. 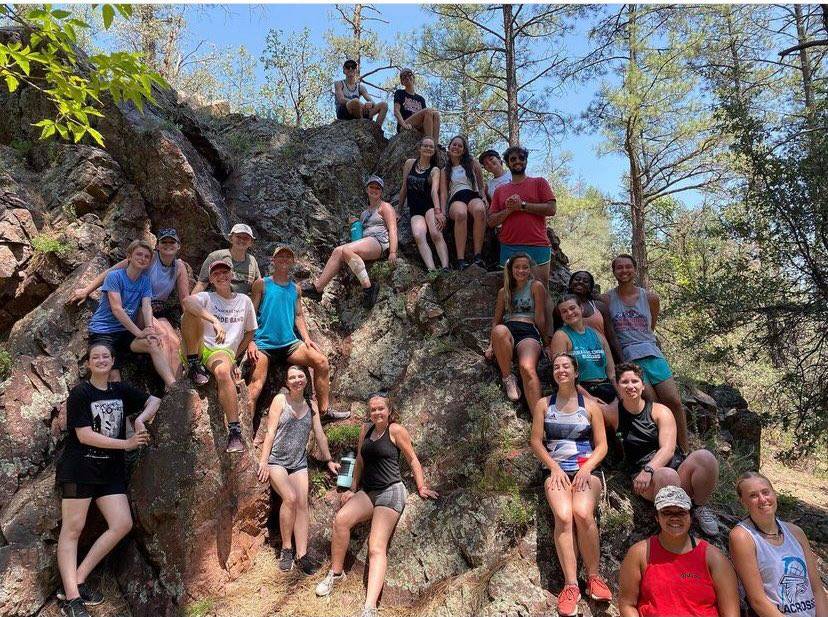 The Academy had a split schedule this year which is different from the typical DCI experience, however it’s great to be performing in the Marching Arts again.

We started with ten days in Casa Grande, Southern Arizona at the end of June where we learnt the entire show ‘Exposed’. The show is based around artist Andy Warhol. It’s a really fun show to perform and I’m extremely excited to be able to perform it at Lucas Oil Stadium in Indianapolis.

There was a lot to learn in such a short space of time but everyone seemed so happy to be able to experience Drum Corps again after such a long break. I am really grateful I’ve been able to share this experience with some lovely people.

I was fortunate enough to be asked to showcase my costume with a number of other members to the rest of the corps which was also exciting. They really do look great on the field. 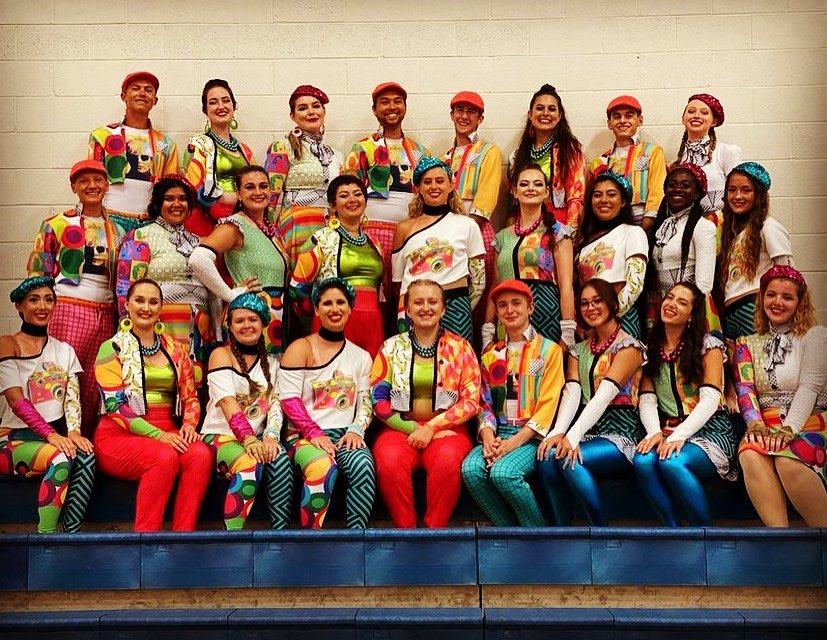 After our first stint in our bubble we then broke off for a month, rehearsing only at weekends. I stayed in the US as I was concerned that if I’d have travelled back home, I may not have been able to get back out again. I stayed with a lovely local family of which the son is marching contra as well as with three other members of the guard.

The month I spent away from rehearsing with the entire corps allowed me to see Arizona and US life in full! It was nice to meet up with the other members, rehearse and celebrate my birthday!

For our second stint, we moved up to Northern Arizona where it is much cooler (only mid 80’s) but still hot on the turf! We stayed at Camp Tontozona which was lovely as we were able to rehearse with woods and mountains all around the field. Here we started to clean the show and prepare for our Send-Off event in Phoenix. We also received our Corps necklaces here, looking up at the shooting stars!

I’m having such a great time out here and the staff are helping me progress a lot. It is the corps 20th Anniversary so we are celebrating, we met some alumni and performed the show to them and the public before having our banquet and flying to Indy.

It’s been a very long journey but I’m now in Indy and am very much looking forward to performing in Lucas Oil Stadium and representing the UK.

All at BYBA would like to congratulate Jess on a successful season so far, and wish her an awesome show at Lucas Oil today! 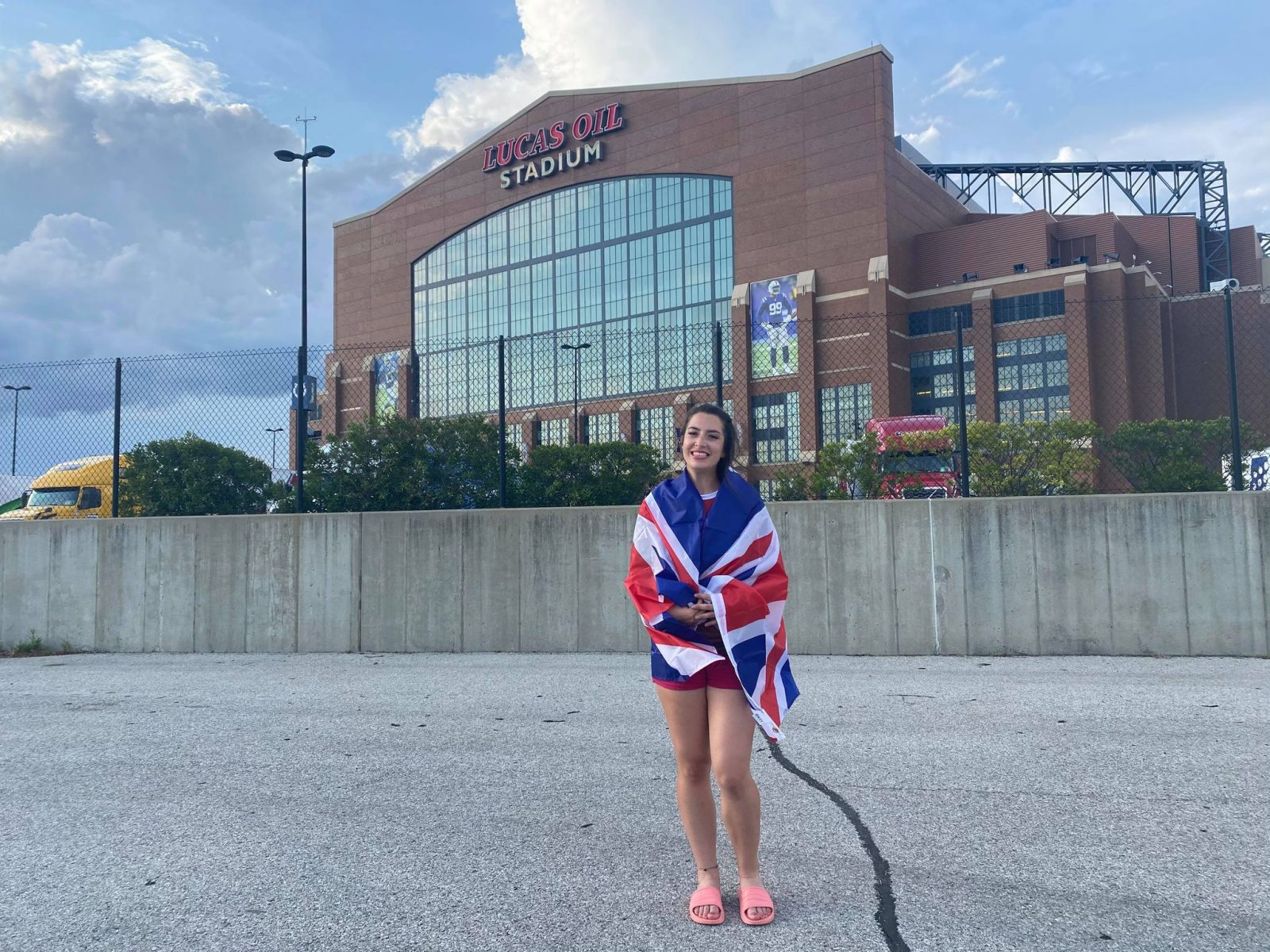