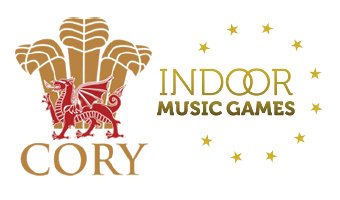 Today (16 May 2020) would have been the final show of the 2020 Indoor Music Games (IMG) season, at which guest artists The Cory Band (current European, British Open, UK National, BrassPass Band of the Year and Brass in Concert Champions, and World’s Number One Ranked Brass Band) were due to appear, and lead all bandsmen and women present in the world premiere of a new IMG Anthem, composed especially for the occasion by Cory Band’s Musical Director Philip Harper.

IMG Chairman, Andy Hewlett commented: “Linking with Cory Band would have been incredibly exciting, especially the firrst performance of the newly commissioned IMG Anthem, which we have called Unity. The original idea was to have the Cory Band flanked by all musicians on the day and playing it together. Everyone at IMG was excited to bring you the anthem in this spectacular way. Sadly, due to COVID-19 this has not been possible.”

Cory Band Musical Director Philip Harper continued: “Instead of appearing at the IMG Event as planned, we are launching an ambitious project which we hope, in these bleak times for musicians, will link up many banding worlds: the brass band world, the wind band world, the marching band world, in fact any band which would like to join! Cory players are busy rehearsing the piece in their various homes ready for its world premiere as a ‘distance banding’ video, launching next weekend.”

Paul Morgan, Chairman of Thurrock Marching Brass (the hosts for the original Essex release of the Anthem) and IMG board member responsible for commissioning the piece picked up the story: “We are very much looking forward to seeing the initial release of the anthem in this fresh and exciting way, and then sharing it more widely, bringing together the brass band and the marching and performance worlds. So IMG Anthem – Unity will be made available through our partner channels and beyond for everyone to join in and be a part of one big, showstopping final edit playing alongside the Cory Band. Full details of how to join in the project will be shared after the first release. Music binds so many of us across the world and this is a chance to get involved with something that helps to define that. We couldn’t be more excited to bring this project to you all.”

To include all the amazing percussion battery musicians from across all spectrums, IMG have also commissioned one of the World’s most accomplished percussionists and Director of WGI Percussion, Mark Thurston, to create a full battery accompaniment to the original score.

Ron Nankervis, Chief Executive Officer, WGI Sport of the Arts said: “Our partnership with Indoor Music Games continues to provide opportunities for musicians even in a virtual environment due to COVID-19. This original composition will send a signal to all in the marching arts that while the current situation prevents our usual gatherings, the spirit of our young people will not be extinguished whatever the challenges.” The Cory Band World Premiere performance of IMG Anthem – Unity will be released on 23 May on its YouTube and other social media channels.

With special thanks to